You are More than you think

What if your disadvantage was an advantage in disguise? 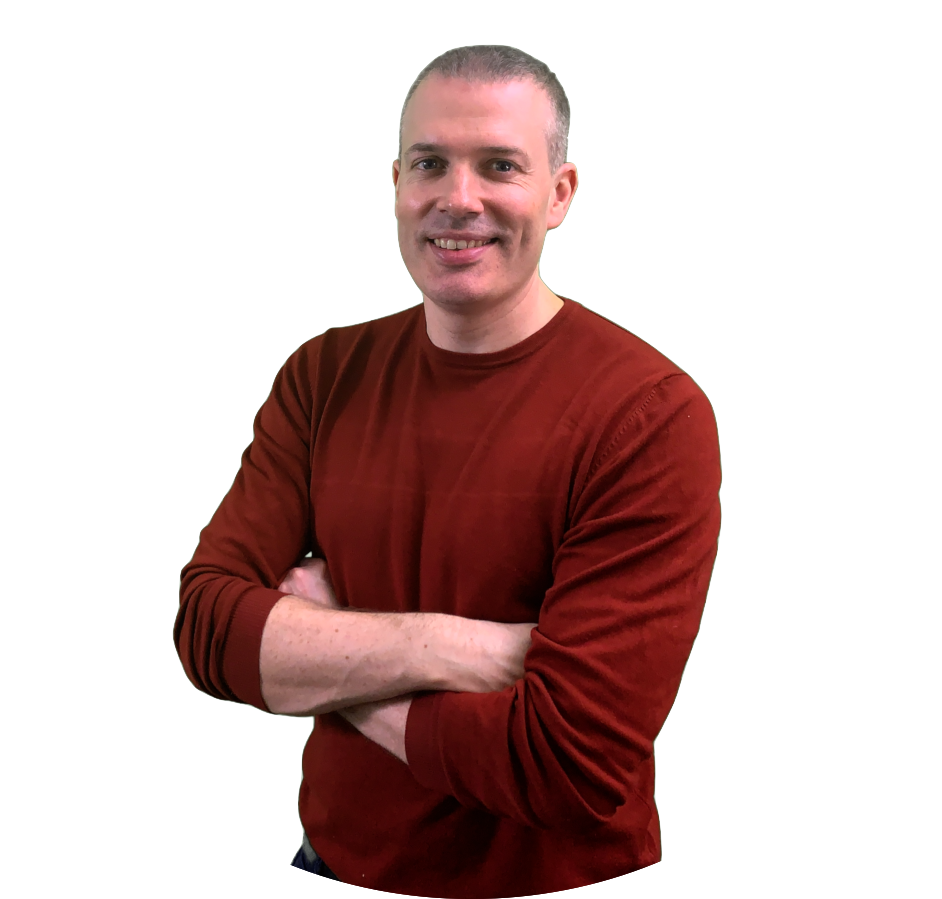 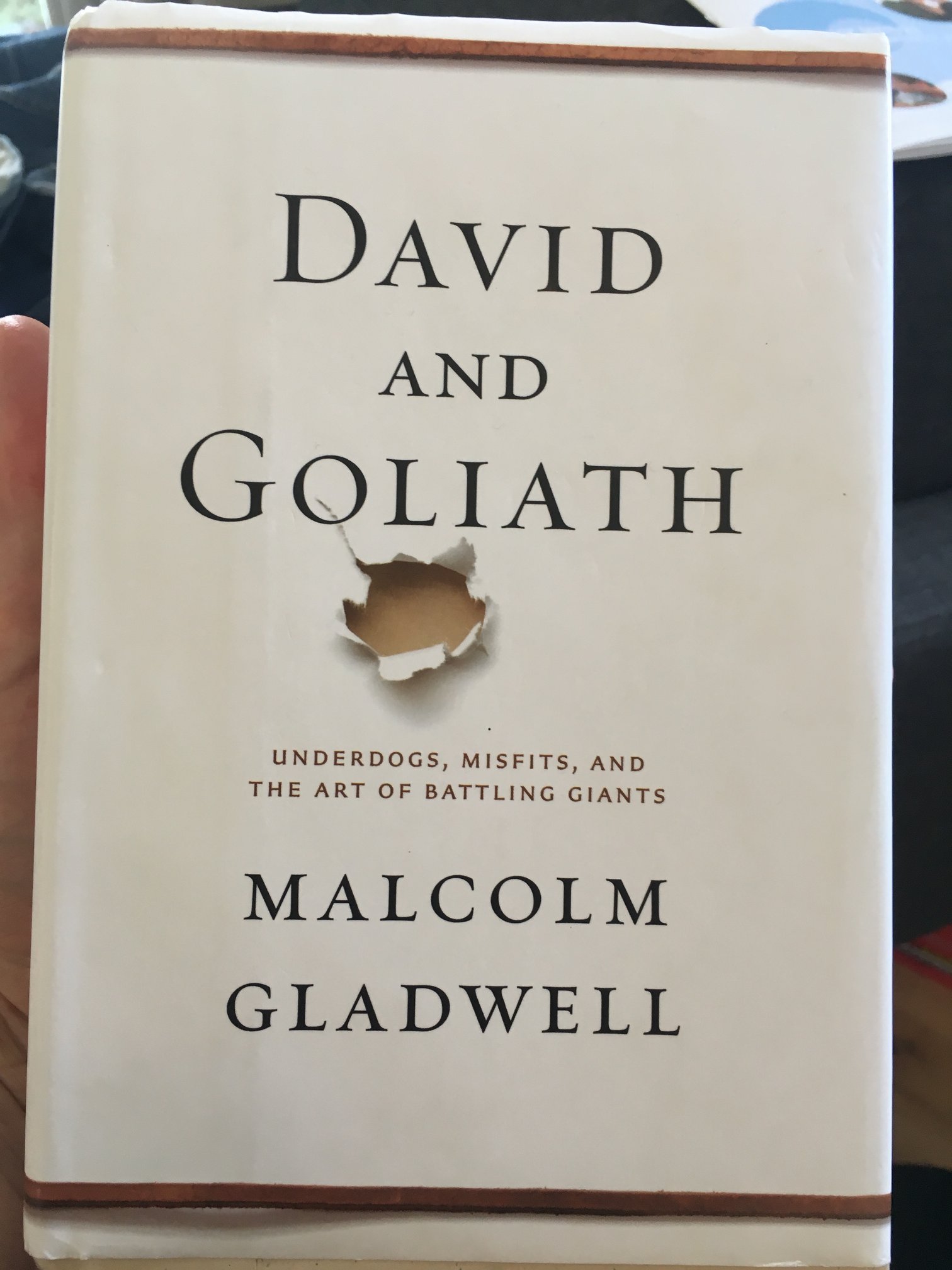 This week’s blog post comes with a book recommendation: David and Goliath by Malcolm Gladwell.

I finished it about a month ago and absolutely loved it.

Gladwell isn’t necessarily known for his thorough academic research but he is one heck of storyteller, and can also be quite profoundly thought provoking.

The book is an exploration into “the underdog”: how certain disadvantage individuals and groups somehow manage to triumph over - seemingly - insurmountable challenges. Personally, I found it inspiring.

An interesting point that Gladwell makes is that we’re not always the best judge when it comes to deciding what a disadvantage is; that some of the things we “perceive” to be holding us back can end up being the opposite.

One example he gives is dyslexia. While dyslexia clearly presents people with BIG challenges, he points out that the sheer number of high achievers & truly special individuals that have been diagnosed simply can’t be ignored: Richard Branson, Pablo Picasso, Stephen Spielberg, Alexander Graham Bell to name a few.

People with dyslexia think and learn differently, so if they somehow manage to harness this difference, they can turn what many people perceive to be an inherent disadvantage into an advantage.

I love this idea. So often we get caught up in the drama of our own “apparent” disadvantages and seek to eliminate them completely from existence. We demonise them.

There are, of course, certain problems I think we should be looking to resolve and move beyond - or at least improve - but often the real issue is not the problem itself: it’s our “relationship” with the problem.
The fact that we look at it as a huge disadvantage to begin with, when, in actual fact, by examining it from a slightly different angle, it could be turned into something useful.

Strange as it sounds, often the problem itself can become part of the solution. On the surface it can appear brutally destructive but behind the scenes there is almost always a positive, bi-product that can be quite profound.

When I was an angsty teenager I used to think that “being different” - in any way - meant that you were flawed. Quite clearly - in my mind - it was the path to being shunned by the cool kids and socially ostracised.

This may have had some relevance in the playground but, as an adult, I’ve found it quite refreshing that “to be different” - on the most part - actually makes you more interesting to people; that “Difference” ends up, over a longer period of time, being more of an advantage than it is a disadvantage.

I think it’s similar when it comes to the relationship we have with our flaws, in general. Many people - myself included - at some point, buy into the idea that their flaws will cause them to be seen in a poor light. Or even worse, to be shunned or socially rejected. But often what we don’t consider is that our flaws are the very things that make us easier to connect with.

It makes sense if you think about it: we’re all flawed, no matter how well developed we are, so to see another flawed individual can help us relax about our own imperfections.

Again, I’m not saying that we shouldn’t look to improve, develop and move beyond our limitations. We definitely should! I just think it’s important to not demonise the parts that we don’t like. Or even jump to the conclusion that they are disadvantages at all. Because, as Gladwell points out in his book, we are often pretty bad at judging this.

So, first of all, I thoroughly recommend the book - Malcolm is a mesmerising writer - and secondly i’d like to pose a few “mind-torquing” questions for you to consider over the weekend:

*What if some of your disadvantages were actually advantages in disguise? If they were, what would they have to offer?

*What if the things that you thought were holding you back were actually the very things that could propel you forward?

*What if your flaws were actually the things that make you special, unique, relatable and interesting?

*And what if your deep, dark problems were actually your most profound solutions in disguise?

I know it’s often difficult to consider these questions because we are generally encouraged to demonise our problems; to obliterate and banish them from existence.

But if you were to allow them to capture and led your imagination where would they take your attention?

And how might that change the relationship you have with the problem itself?

The blog contains thought-provoking ideas & tips to help you access more of your own potential and to take your mind to new and interesting places.

Steven Burns is a personal development trainer, Coach & hypnotherapist. His online courses have a worldwide appeal and have sold in 168 different countries.